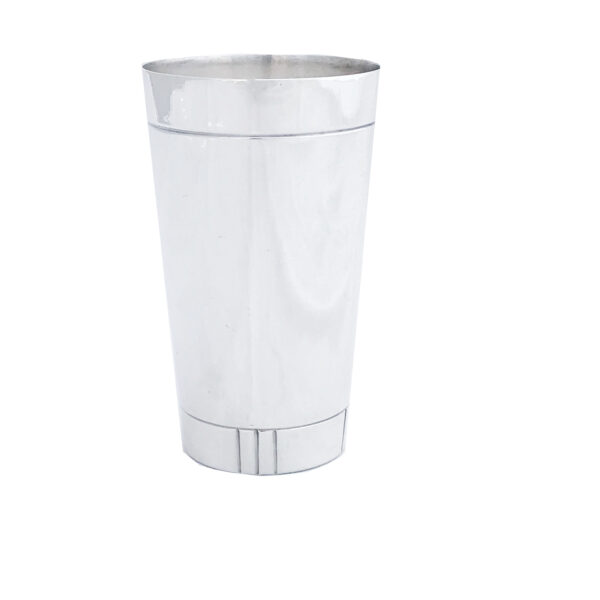 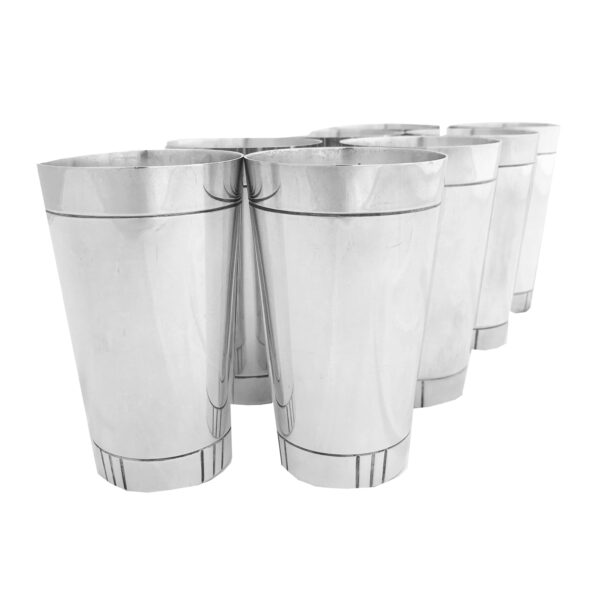 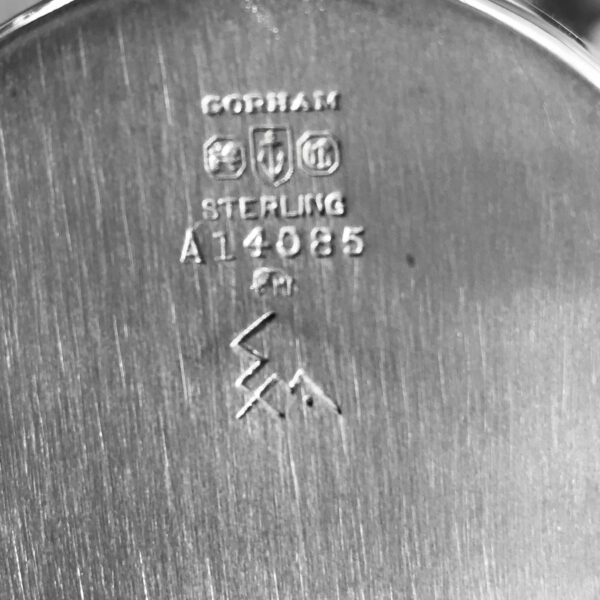 Erik Magnussen was a Danish silversmith. In 1925 he had a studio in New York. He was hired by Gorham from 1925 to 1929 to create modern tablewear designs in silver. His most modernist designs were done at Gorham. These cups were part of the Modern American line. There is extensive mention of him in the book Modernism in American Silver by Jewel Stern. An example of these cups are in the Metropolitan Museum of Art. Some other Museums who hold works by Magnussen are the Art institute of Chicago, the Brooklyn Museum, the Carnegie Museum of Art and the Philadelphia Museum of Art.