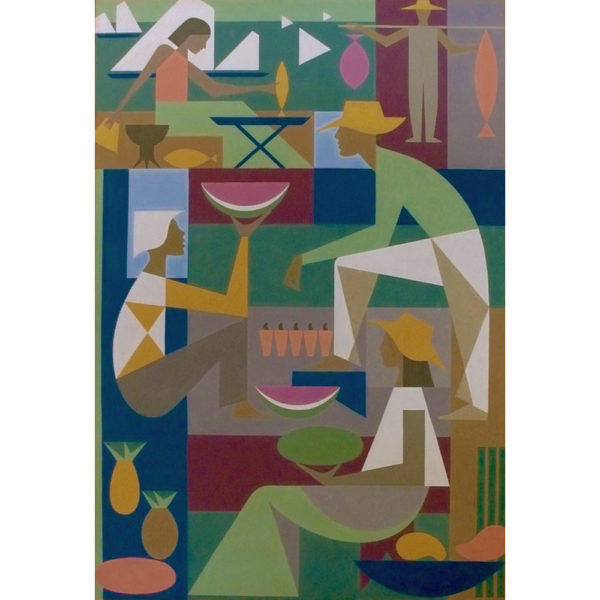 This mural sized masterpiece oil on canvas, Folklore 2, by Brazilian artist Lula Cardoso Ayres (1910-1987) was formerly in the Olivetti Latin American Collection. Lula Cardoso Ayres’ first exhibition was held in the 1940s, beginning in Recife and traveling to São Paulo, Rio de Janeiro and other cities in the Brazil. He showed in various other individual exhibitions in Brazil and abroad, including at the first 3 Biennials in São Paulo. In his lifetime, Lula Cardoso Ayres completed approximately 100 panels and murals in various Brazilian cities, including Recife, Salvador, Santos, São Paulo and Natal. His museum, The Cultural Lula Cardoso Ayres is considered the only private Brazilian Museum devoted to a single artist. It houses both his paintings and avant-garde visual performances. This painting is signed on verso on the stretcher