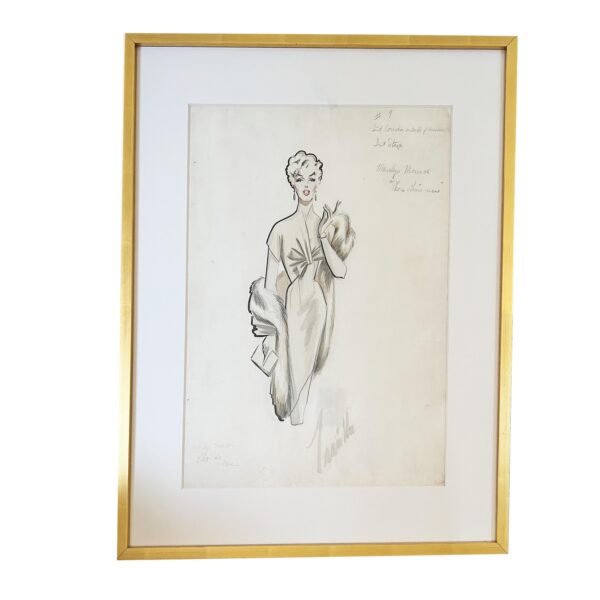 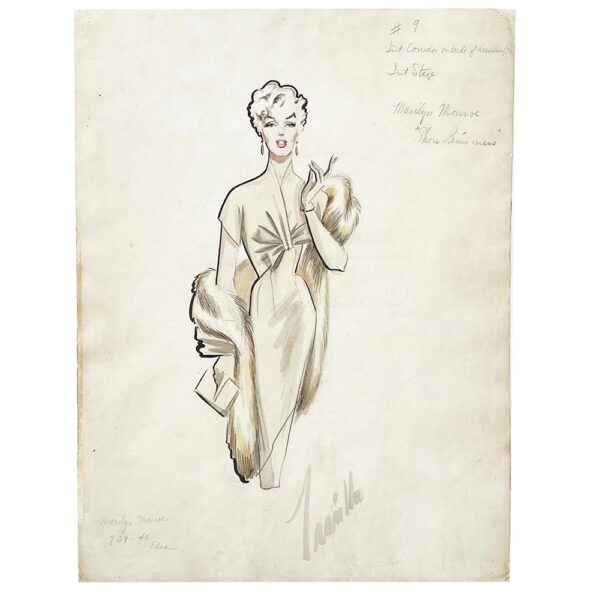 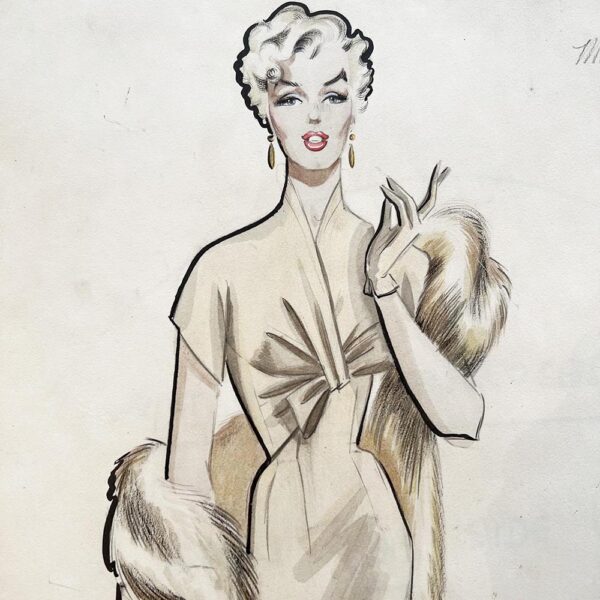 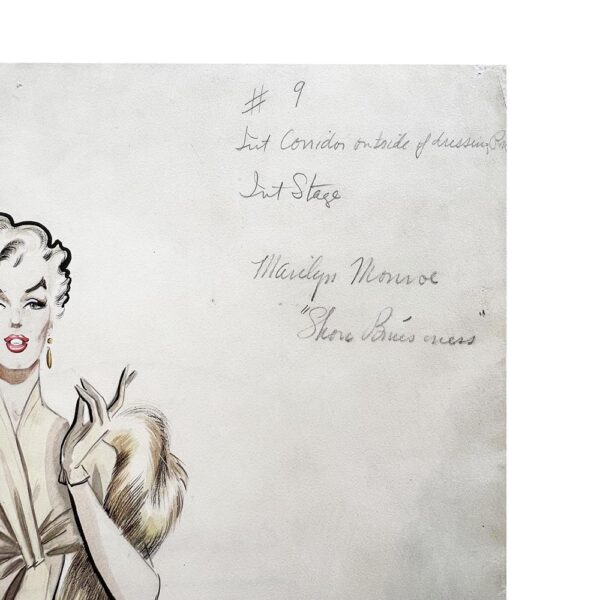 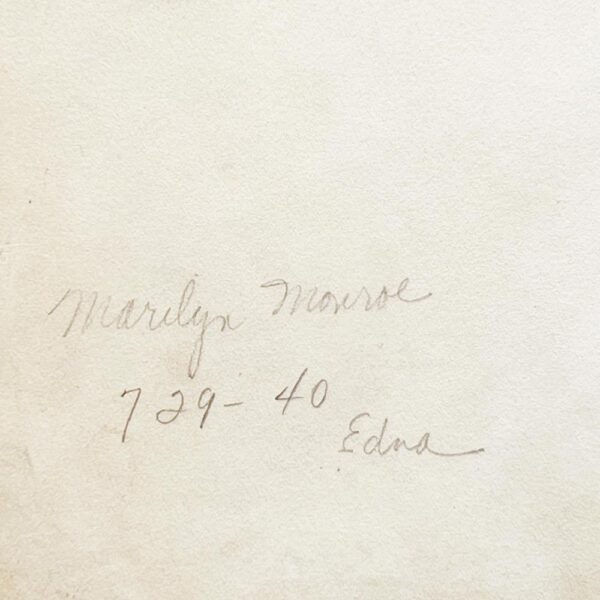 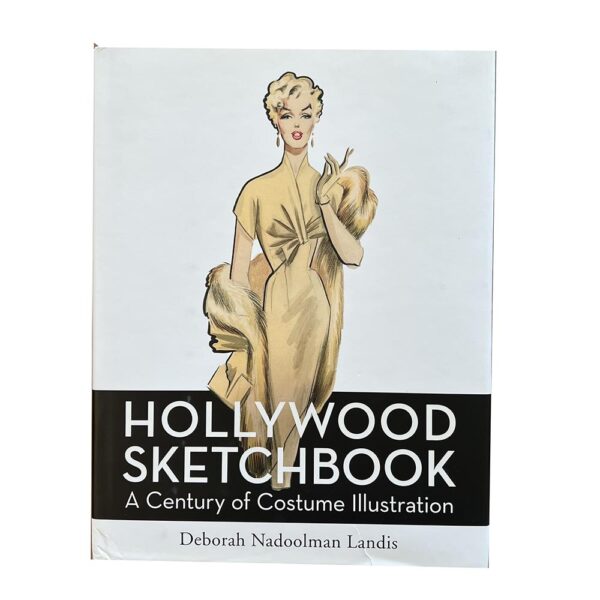 This original 1954 costume sketch of Marilyn Monroe was for the film “There’s No Business Like Show Business”. It was created by William Travilla. Travilla created costumes for eight of Marilyn Monroe’s films. He was her favorite costume designer. This image appears on the cover of “Hollywood Sketchbook A Century of Costume Illustration” by Deborah Nadoolman Landis. It also appears on page 104 in “Hollywood Costume Design by Travilla” by Maureen Reilly. Travilla was nominated for an Oscar for his costumes in “There’s No Business Like Show Business”. The image is 19.25 inches high by 14.25 inches wide. The frame measurements are below.