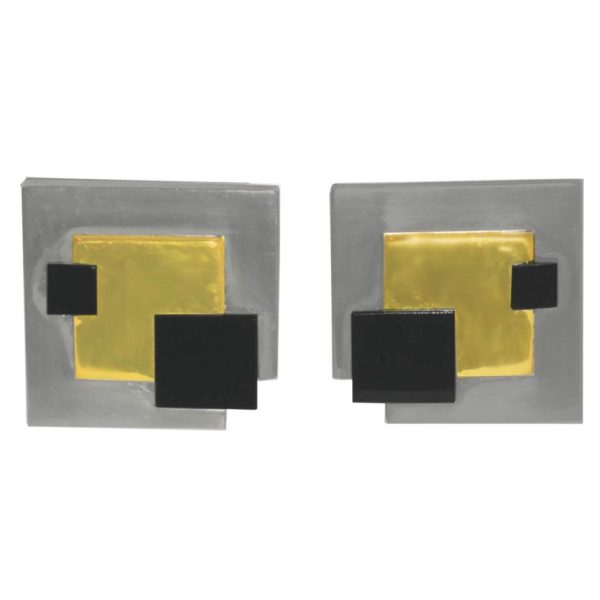 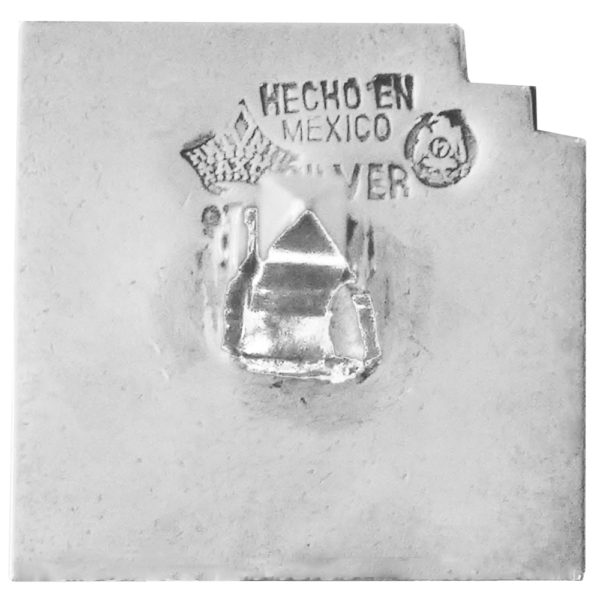 Created in the 1950’s – 1960’s, these Cubist mixed metal cufflinks designed by Antonio Pineda are very dynamic. They are two layers of metal, sterling and brass with onyx squares inset asymetrically into the brass giving the appearance of a third floating layer. They are signed on the verso with the Antonio crown, hecho en Mexico, silver and the eagle 17 assay mark. In 1933, at age 11, Antonio Pineda began hand crafting silver as the first apprentice to the American “Father of Mexican Silver”, William Spratling. After several years of training, in 1939 Antonio opened his own silver workshop. His designs were extremely modernist and beautifully crafted. An exhibition in 1944 alongside of Magreret De Patta and Georg Jensen at the California Palace of the Legion of Honor in San Francisco solidified Antonio’s
place internationally as one of the finest modern silversmiths of the mid 20th century.