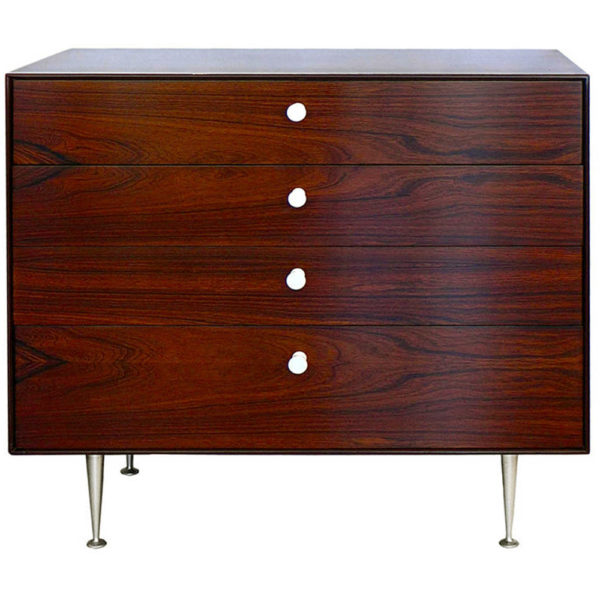 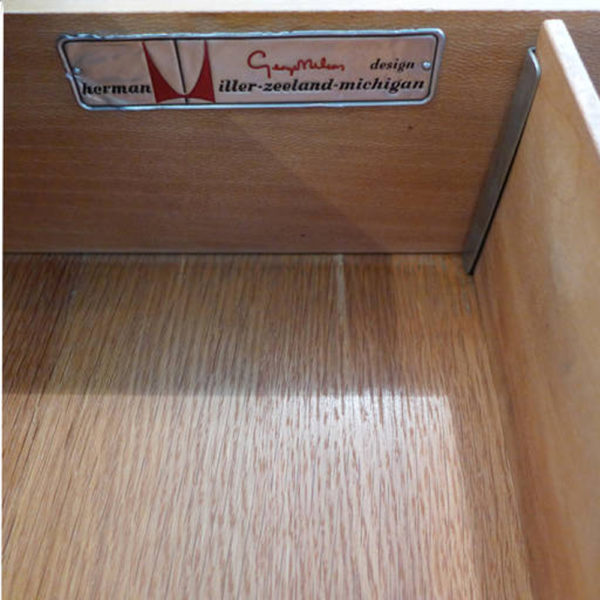 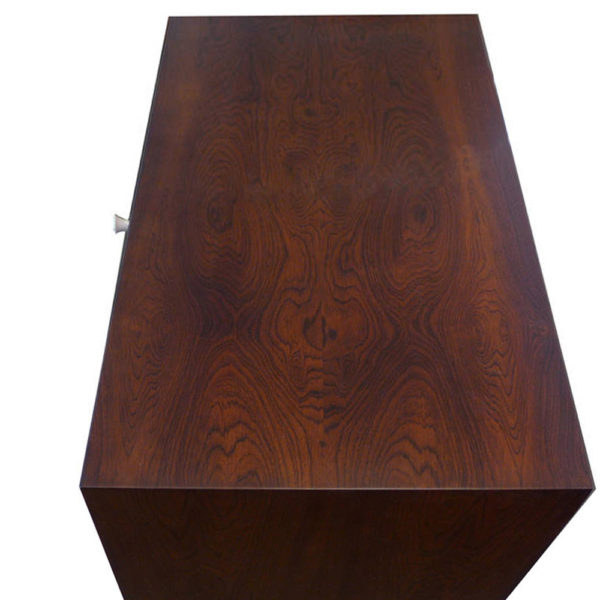 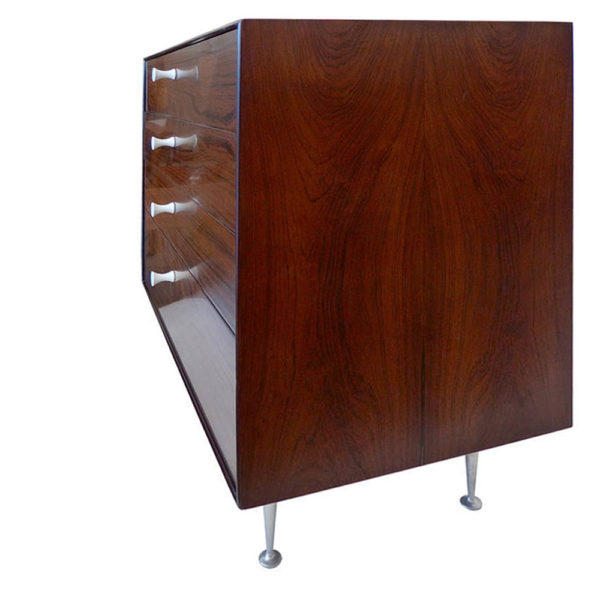 This is an original 1955 Thin Edge series dresser in rosewood designed by George Nelson for Herman Miller. This dresser has original porcelain pulls and aluminum legs. This rosewood Thin Edge dressers is in excellent condition. It retains the original “George Nelson Design Herman Miller” foil label. Although George Nelson started his career as an editor for architectural Forum in 1935, he is considered one of the foremost second generation of American Modernist designers. After Glbert Rohde’s untimely death, George Nelson became the Director of Design for Herman Miller from 1947 through 1972.