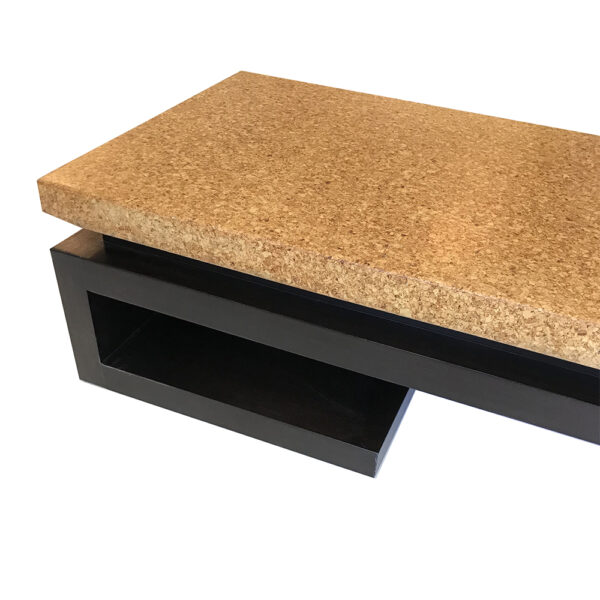 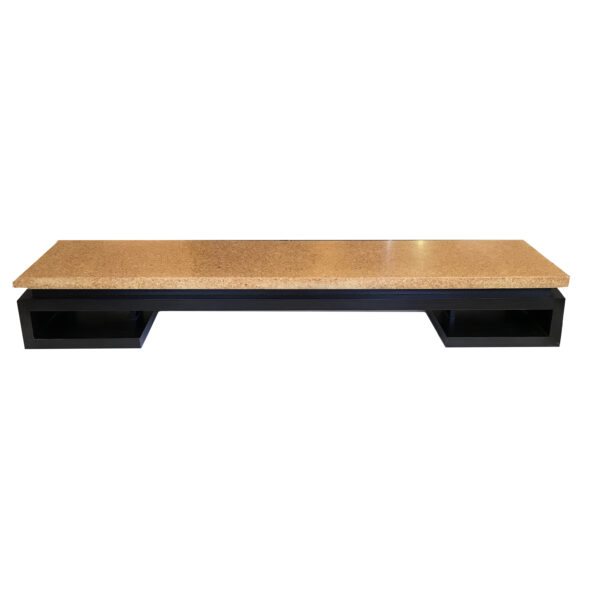 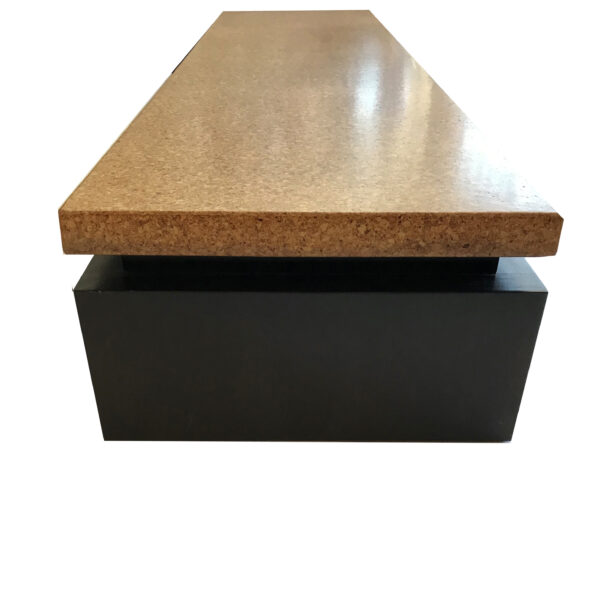 This piece can be used as a long bench or coffee table. It is made of compressed cork over wood with a mohagny base. It has a very bold design. Frankl came to New York from Vienna in 1914. He became one of the most influential designers of American modernism. Paul Frankl became famous for his Skyscraper designs in the mid 1920’s while living in New York. He re-located to Los Angeles in the 1930’s where his designs became more horizontal. During this period he experimented with many different materials, including cork. He was a major influence of Modern American design. Frankl has work in several museums including the Brooklyn Museum, The MET and the Museum of Fine Arts Boston.